The current study set out to build on the limited research on possible language teacher selves. The study aimed to develop a possible language teacher selves scale (PLTSS) for English as a foreign language (EFL) student teachers. The tripartite scale intending to measure the constructs of ideal, ought-to and feared language teacher selves was developed in two major stages. Data were collected from two distinct samples of senior Turkish EFL student teachers studying at twelve different universities in Turkey. In a preliminary study, tentative scale items were constructed based on a review of literature and qualitative data collected from a small sample, and finalized through expert review and pre-piloting. The initial form of the scale was then administered to 296 senior student teachers of English. Following an exploratory factor analysis, the final form of the scale was constructed. The final form was administered to a different sample involving 274 student teachers. By this way, the scale was further validated through confirmatory factor analysis. The three scales under the PLTSS were checked for internal consistency reliability with both datasets. Findings revealed sound psychometric properties of the PLTSS in terms of construct validity and internal consistency reliability.

Issue
Vol. 7 No. 1 (2020): International Online Journal of Education and Teaching, IOJET
Section
Articles
Copyright by Informascope . Material published and so copyrighted may not be published elsewhere without the written permission of IOJET. No manuscript will be considered which has already been published or is being considered by another journal.
Language 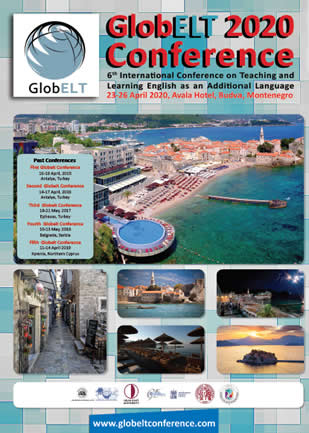